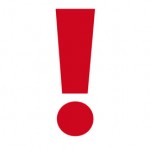 National Punctuation Day is fast approaching; do you have your assignment yet?

What, you haven’t been eagerly awaiting Sept. 24? That is the day when Jeff Rubin reminds us that “a semicolon is not a surgical procedure,” and urges us to freely toss around punctuation marks. This year’s challenge, which celebrates the 2012 presidential election:

Write one paragraph with a maximum of three sentences using the following 13 punctuation marks to explain which should be the official punctuation mark of the President of the United States:

If you’d like to see what you are up against, I shared my fave among the 2011 entries, and two from the 2010 haiku challenge, including my own (not a winner, sadly). Will you take a stab at it?

« Tweeting once or twice isn’t enough
Find prospects by connecting, not selling »