Scare yourself to learn and grow 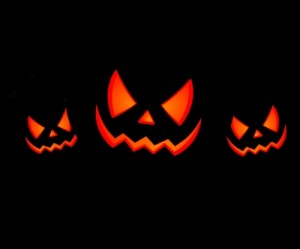 One of my neighbours used to create increasingly elaborate scenes on his front lawn at Halloween:

It was all designed to scare the dickens out of local kids roaming the streets, and it did. Yet they flocked to the house.

Beyond the thrill of a “safe” scary scene, doing what scared these kids rewarded them with lots of treats – and the good kind, like chocolate!

Overcoming our fears is exactly what experts say is necessary for us to learn and grow.

While there are many things that scare me – bungee jumping is one that springs to mind – I can also say that I’ve tackled quite a few seemingly perilous activities, as I posted in 2010:

What scary things have you done? Did they help you try more new things? What’s still on your list to do?

Life is short The independent life

« The last dispatch from the dorm (probably!)
Alertbox reinforces value of e-newsletters »