No moustache, no money? IBD research needs funds, too 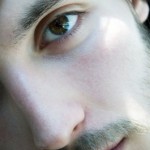 It took months before we realized something was going wrong with my teenage son, and by that time he had lost 10 percent of his body weight.

Another four months went by before he was diagnosed with Crohn’s disease and treatment began. (Although it seemed like a long time, that was apparently a quick diagnosis.) He started high school with a feeding tube in his nose, drastic action that helped put back on the weight he had lost. Thankfully, that’s in the past and he is doing well, but he will probably be on medication for this disease the rest of his life.

So you’ll understand why I am a passionate supporter of the Crohn’s and Colitis Canada. Its mission is simple: Find the cure. There isn’t one, yet. I always feel compelled to add that “yet.”

Crohn’s and colitis are the two main forms of inflammatory bowel disease (IBD), and November is IBD Awareness Month. As you might expect from the name, IBD causes sections of the bowels — if not the whole gastrointestinal tract — to become severely inflamed. Those with IBD experience gut pain and diarrhea, and often have anemia and trouble getting enough nutrients from food. Diagnostic and treatment procedures are often invasive and unpleasant. IBD is a chronic disease that requires ongoing medication and often surgery. Some people have their entire bowels removed.

Right now, treatment focuses on getting the disease under temporary control, but what’s really needed is insight into what causes it. Doctors and researchers just don’t know.

To mark IBD Awareness Month, the CCFC released the report shown here. It highlights some numbers I found fairly startling: 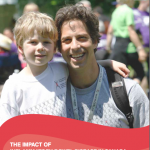 Given the numbers, it’s surprising we don’t hear more about IBD. Maybe because that’s because IBD affects bodily functions we just don’t talk about in polite company.

In a recent article in the Globe and Mail, writer Adriana Barton noted that high-profile causes like Movember push less “sexy” ones like IBD aside. And with so many charities fighting for donations, those sexy causes may be the ones winning consumer dollars over diseases that may actually be bigger health threats. The result, she said:

“In a good year, the organization [CCFC] raises $7-million for IBD research, thanks in large part to ongoing support from M&M Meat Shops. By contrast, Movember Canada raised $42-million in 2011.”

I really wish we could change that. I’ve contributed to Movember, and maybe you have, too. But I’d love it if you would consider joining me in donating to a less sexy cause.

« Is anything ‘stunning’ when everything is?
Leave it to the Brits to celebrate bad writing about sex »