Lose the legalese to be understood 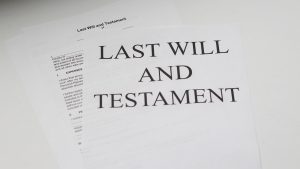 The plaintive opening drew me in immediately:

“Why are many financial news releases and publicly filed documents written so poorly?”

In A Plea for Plain English in Financial Documents, Steve Lipin and Adam Rosman make the case for good writing in financial news releases, initial public offerings and other publicly filed documents. Instead of writing for lawyers, they recommend writing to be understood:

The need for writing to be understood also has a place in contracts, wills and other lawyerly creations.

I had my will updated earlier this year, and specifically asked if it could be short and written in plain language. My lawyer said she would do her best, but there are certain phrases they pretty much have to include — because they are writing for other lawyers. It’s a CYA (cover your a – -) kind of thing, I guess.

Looking at the result, and at a draft contract I just reviewed, I suggest these additional tips for financial and legal writing to be understood:

Who’s with me on fighting for understanding?

Photo by Melinda Gimpel on Unsplash.

Related reading:
Forgive me for suspecting that lawyers are paid by the word (with a 192-word sentence)
Five easy fixes to make your writing more readable and understandable