Gaslighting and goblin mode among the 2022 words of the year 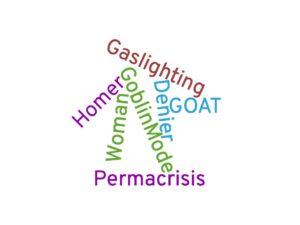 In 2022, we finally moved past the pandemic’s domination of the words people searched for online.

We’re not out of the pandemic woods yet, of course, and we’re still talking about it. But we’re also looking up and talking about a range of other things going on in our lives – important events, people and preoccupations. That’s what decides the words of the year; ones that caught the public’s imagination and showed widespread use.

Here are the words that earned spots on Word of the Year lists in 2022:

Global Language Monitor began recording the top words of the year in 2000 to document the history of the 21st Century through the English language. It chooses the word based on a statistical analysis of trends in language use worldwide. For 2022, it picked denier, for those who deny deny deny “an ever-expanding list of facts, fallacies, and beliefs.” Covid was also once again one of the top words, along with right to life (a pro-life position) and Ukraine (the top non-pandemic word in 2022). Fun fact: GLM’s official estimate of the number of words in the English language as of November 11, 2022 is 1,074,372.4. I am not sure how “.4” is possible.

Merriam-Webster chose gaslighting, after lookups of the word increased 1,740% over 2022. It means “the psychological manipulation of a person, usually over an extended period, that causes the victim to question the validity of their own thoughts.” Other contenders were oligarch (rich Russian allies of President Putin), Omicron (a variant of the COVID-19 virus), codify (the process by which U.S. Congress makes laws, driven by the decision to overturn Roe v. Wade) and LGBTQIA (adding to the list of lesbian, gay, bisexual, transgender, queer/questioning, intersex and asexual/aromantic/agender).

Oxford went with goblin mode, meaning behaviour that it says is “self-indulgent, lazy, slovenly, or greedy, typically in a way that rejects social norms or expectations.” I’ve also seen it better described as being like Animal from the Muppet Show, or the human equivalent of when dogs get the zoomies, or “living in an unkempt, hedonistic manner.” For the first time, a public vote among English speakers around the world chose the word over metaverse (a virtual reality environment) and #IStandWith (the hashtag recognizing the activism and division that marked 2022).

A reader poll gave word of the year to homer, an informal word for a home run in baseball. Editors of this British dictionary credited “disgruntled Wordle players whose winning streak was ended by the unfamiliar American English term.” Other words most often searched included humor (due to the lack of ‘u’) and caulk (to fill the spaces with waterproof sealant).

Collins chose permacrisis as its top word, reflecting an increase of over 200% in its use over the year. The term refers to an extended period of instability and insecurity. Yup, that about covers it. Other words in the running include sportswashing (trying to enhance a tarnished reputation); splooting (a pose somewhat like a spatchcocked chicken) and partygate (a political scandal over social activity) 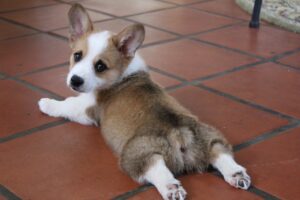 Dictionary.com’s choices are “a symbol of each year’s most meaningful events and lookup trends.” For 2022, they chose woman (an adult female person) after searches for the word increased 1,400%. The biggest spike came at the end of March during a confirmation hearing for Judge Ketanji Brown Jackson, when she was asked to provide a definition for the word.

The society accepts nominations for words in December, with voting on January 6. The words highlight language change, bring the study of linguistics to the public’s attention, and have a little bit of fun. This year’s word is –ussy, a suffix related to pussy; example is bussy for boy pussy. “The playful suffix builds off the word pussy to generate new slang terms,” says Ben Zimmer, language columnist and chair of the society’s New Words Committee. “The process has been so productive lately on social media sites and elsewhere that it has been dubbed -ussification.” (I think this needs more explanation, and I’m not sure this attempt does it.) I also can’t believe this won out over more widely seen options like quiet quitting (doing no more than the minimum required for a job), special military operation (Russia’s invasion of Ukraine) and nepo baby (celebrity who is the child of a celebrity).

Other words made the news, too:

Lake Superior State University in Michigan posts a yearly list of “misused and overused” words that should be banished. The public nominates words and votes on which ones make the list. For 2022, GOAT (acronym for Greatest of All Time) was the best of the worst for the “literal impossibility and technical vagueness of this wannabe superlative.” Others in the running: Inflection point (“Pretentious way to say turning point”); quiet quitting (employees who do no more than the minimum required for a job); gaslighting (see Merriam-Webster); moving forward (“Where else would we go?”); and amazing (a “worn-out adjective from people short on vocabulary”).

This Australian foundation collects the worst words and phrases to highlight the importance of clear public language. For 2022, they gave top honours to integrity issue, used to explain how lions escaped their enclosure at Taronga Zoo. More “shameless doublespeak” included dormant redundancy (when a former PM had secretly appointed himself to five ministries); peacekeeping duties (used by Russian President Putin to describe the invasion of Ukraine) and economic adjustment charge (a Verizon price increase).

What do you think; did any of these words scream “word of the year” to you?

‘Splooting’ photo by danielleshea from Pixabay.

Related reading:
Pandemic words still dominated 2021
COVID-19 dominated the Words of the Year in 2020
2018 was a more innocent time when there was no pandemic

« Top 10 posts in the Red Jacket Diaries in 2022
Writing tips you might have missed, December edition »