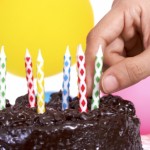 Six years and 578 posts. Considering my awful track record of journaling (often months between posts!), I guess that’s not too bad.

Since starting this blog in 2007, I’ve tried to share things I’ve learned or observed, including experiences with newsletters, running my own business, tips for writing and communications in general. Okay, occasionally I post silly stuff, too, just for a laugh.

Here’s some of what have I learned about blogging over those six years:

Here are six of the most popular posts, according to recent stats:

Thank you for reading the Red Jacket Diaries. If you blog, too, what have you learned from blogging?

« A ‘suit’able image
Are you keeping in touch with clients? »