More awful writing to inspire you 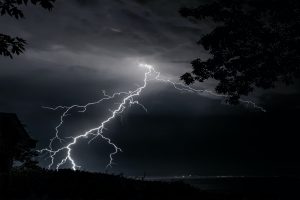 If you like the idea of spinning a wordy, over-the-top sentence that would be proud to launch a bad novel, you must know about the Bulwer-Lytton Fiction Contest.

I first found and wrote about this amusing contest in 2009, although it began in 1982. As the site says, it “honors the memory (if not the reputation)” of Victorian novelist Edward George Earl Bulwer-Lytton. He’s the man who gave the world, “It was a dark and stormy night” in the opening to his novel, Paul Clifford:

“It was a dark and stormy night; the rain fell in torrents—except at occasional intervals, when it was checked by a violent gust of wind which swept up the streets (for it is in London that our scene lies), rattling along the housetops, and fiercely agitating the scanty flame of the lamps that struggled against the darkness.”

That opening has been the inspiration for many a piece of truly awful writing. Over the years, entrants have tried to stuff as much as possible into their one opening sentence. These days, our friends behind the contest suggest entrants limit themselves to 50 or 60 words. In the real world, you’re encouraged to keep sentences to an average of 14 words.

The 2021 winners have been announced, and the grand prize goes to Stu Duval, of Auckland, New Zealand, for this:

“A lecherous sunrise flaunted itself over a flatulent sea, ripping the obsidian bodice of night asunder with its rapacious fingers of gold, thus exposing her dusky bosom to the dawn’s ogling stare.”

Hmm, not as funny as the winner of the Crime & Detective category, from Paul Scheeler, Buffalo, NY:

Other faves include the winner of the Purpose Prose category, Janie Dohan of Walla Wall, WA:

“She had a deep, throaty laugh, like the sound a dog makes right before it throws up.”

And this, one of the Dishonorable Mentions in the catch-all Odious Outliers, submitted by Nick Stevenson, Sevenoaks, Kent, England:

Check out the other winners and “dishonorable mentions” from 2021.

I somehow missed the 2020 contest, won by this entry from Lisa Kluber of San Francisco, CA:

“Her Dear John missive flapped unambiguously in the windy breeze, hanging like a pizza menu on the doorknob of my mind.”

But the one I found funniest earned a Dishonorable Mention in the Crime/Detective category, from Paul Kollas of Orlando, FL:

“The first thing I noticed about the detective’s office was how much it reminded me of the baggage claim at a nearby airport: the carpet was half a century out of date, it reeked of cigarettes and cheap booze, and I was moderately certain that my case had been lost.”

My friend Sue and I still fondly remember the 2010 winner, from Dennis Pearce of Lexington, KY:

“As Holmes, who had a nose for danger, quietly fingered the bloody knife and eyed the various body parts strewn along the dark, deserted highway, he placed his ear to the ground and, with his heart in his throat, silently mouthed to his companion, “Arm yourself, Watson, there is an evil hand afoot ahead.”

The contest is the brainchild (or Rosemary’s baby, as he calls it) of the amusing Professor Scott Rice at San Jose State University. Apparently he accepts submissions “every day of the livelong year,” with winners announced in late July or early August. If you have one, send it in using the online form.

« Words, writing and more: Links to great content you might have missed
Bullet protocol: How to handle lists (Wordnerdery) »